Home > About > the press 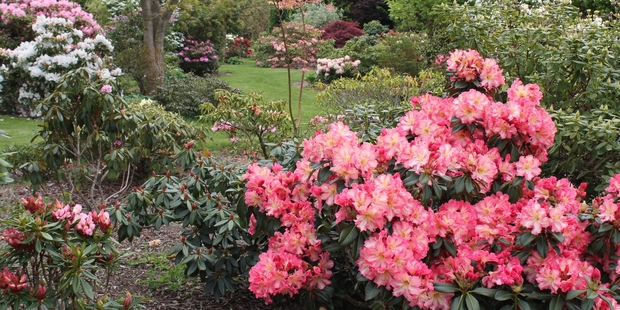 On a baking hot afternoon in December, our 18-year-old nephew Mark drove us around remote roads in the high country above Kaikoura, doing a great job of showing us the local sights. He recently aquired his drivers license, and thankfully not too much nail-biting was involved for the passengers.
We were staying over Christmas with the Dale family in their log home up Mt Lyford. Driving through small farming village Rotherham, 30km south of the mountain, we came across rhododendron grower Rhodo Direct and decided to pop in to pick up an addition for the family's alpine garden.
Owner Marina Shearer invited us in and we told her what we were after - a hardy white rhododendron that would tolerate the extremes that Mt Lyford could throw at its inhabitants.
We were bewildered with the choice, but narrowed it down to a couple of options. We mentioned the Dales were heading away for a couple of weeks in January, so Marina suggested a voucher instead.
Rhodos need adequate water and attention to thrive and, in this location, survive.
The area experiences temperature extremes, with deep snow in winter, then baking heat in summer.
We were surprised to see the Shearers' lush garden flourishing in such a harsh environment. The farm is 57ha, with 2ha of rhododendron gardens and nursery, on an old riverbed which makes for perfect drainage. They also have a spring, which means access to plenty of water. 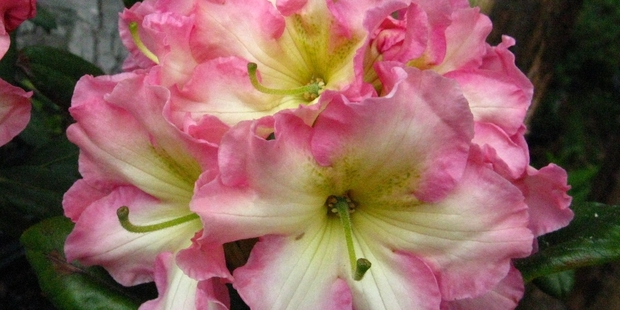 It was a lucky break to drop in on Marina when we did, as she was excited about a new rhododendron she is releasing in New Zealand this month called "Melrose Flash". This rhododrendron is grown by Rhodo Direct from a selection of new release stock brought into the country by Auckland's Lyndale Nurseries. Tiny sprouts were imported in test tubes from Briggs Nursery in Oregon, US.
Marina points out that it helps to have people like Denis Hughes, of Blue Mountain Nurseries, and Bill Robinson, of Tikitere Gardens, who'll share their vast knowledge.
"These guys are my go-to men when I have a question about the origins of a variety, or how we can ensure that a variety doesn't end up lost in New Zealand. They are always willing to chat about their great passion."
She says it was on a phone call to Bill that she found out about the newly imported specimens. She bought as many varieties as she could, and "Melrose Flash" is her favourite. For the first three years there will be a very small number of the new plants on the market, but stock will slowly make its way into nurseries here. Rhodo Direct has propagation under way and has planted stock to meet the demand for future propagation in this country.
What Rhodos like
Rhododendrons belong to the Ericaceae family. Cold-tolerant species (which Marina grows) are found in their native habitat in deep valleys bordering the eastern Himalayas and southeastern Tibet.
Vireya rhododendrons (which prefer warmer climates) originate from the temperate mountainous areas of Southeast Asia.
Rhododendrons like good drainage, but do not appreciate drying out. My aunt and uncle's Titirangi garden has a beautiful large rhododendron which sits on the edge of native bush. A slope provides drainage, and the forest soil is rich in leaf litter and damp. Likewise, there are some large rhododendrons on the Chateau grounds in Tongariro National Park. They perch on the edge of the lawn in free draining volcanic soil, alongside mountain beech trees. Snow melt in the location provides ample water. Both soils are naturally acidic, which is what rhododendrons prefer.
Marina believes rhododendrons can grow almost anywhere in New Zealand as long as their watering and drainage requirements are met, except where there is salt spray on the garden. Clay soil is not good for rhododendrons, but this can be overcome by building up your garden and not planting into the clay. They are shallow-rooted, acid loving, and appreciate being mulched with pine needles. Fertilise with care (less is more) and avoid lime. She recommends keeping Rhododendrons well watered during summer as the plants are establishing the following spring's flower buds.
Plant in autumn, to enjoy flowering from July. Rhodo Direct has 500-plus varieties. Based 90 minutes' north of Christchurch, they can courier plants daily around the country.